Polaris Six is a one-shot Christmas Special scenario for the muti-ENnie award nominated EPOCH survival horror roleplaying game.  In the spirit of the season, Polaris Six is available as a donate-what-you-can-afford product, with all proceeds being donated to help children in need through the United Nations Children’s Fund (UNICEF). 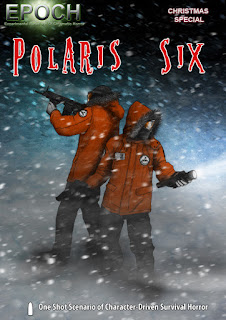 "The Polaris Project is looking for exceptional individuals ready for their next great challenge. Polaris Six is a floating research station built on an Arctic ice floe. Equipped with cutting edge technology this is a unique opportunity to be part of a small team researching oceanology, meteorology, geophysics and marine biology. Polaris Six is also studying how people interact and work together in harsh environments so every member of staff, regardless of their role, will be contributing to a range of world-leading research. You will be a highly motivated, resourceful, team-player with proven technical or scientific expertise. Successful applicants will begin residence on Polaris Six in November."

Imaginary Empire released EPOCH Christmas Special scenarios in 2013 and 2014.  Thanks to your generosity, to date these have raised enough funds through donations to purchase;
Get Polaris Six now from DriveThruRPG and RPGNow.
No comments:

Enlist with the Empire at Kapcon 25

Imaginary Empire games will be on offer in the Games on Demand stream of Kapcon 25.  If you're in Wellington, New Zealand  on Saturday 23rd and Sunday 24th of January, register for the 'con, pick Games on Demand and come along and try one of these neat games:


Wicked Lies & Alibis is a whodunit RPG set in the Age of Art Deco.  Players develop characters who have a motive to kill the victim, play through establishing scenes, then resolve the mystery through flashback rounds where each character reveals evidence that incriminates someone else.
Players 3-6, Ages: Mature 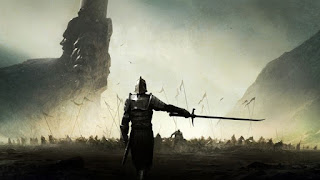 Death of Legends is a dark-fantasy role-playing game that tells the story of epic deeds against great odds. Each player takes the role of a legendary hero, forges their path to greatness, then determines the fate of the Free Territories in a climactic struggle against a relentless, malevolent, Enemy.
Players 2-5, Ages: Mature
No comments: