I recently had the privilege to be interviewed about roleplaying games as part of the Diceratalks podcast series (presented by Diceratops, a local live-event fusion between roleplaying, comedy and theatre). 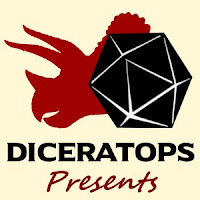 In this podcast the talented Morgan Davie and I talked about newly released professional wrestling game Soaring Lions and many of the other games produced by Imaginary Empire, as well as the nuances of running games at roleplaying conventions.

Check it out via https://diceratops-presents.pinecast.co 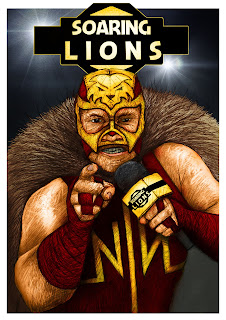 The folks at OneBookShelf have set up three new bundles of PDF products raising funds for Black Lives Matter, NAACP Legal Defense and Educational Fund, National Police Accountability Project and have created a spotlight on titles by Black creatives.

EPOCH: Shadows of Yesterday is included in a bundle supporting Black Lives Matter.

"#BlackLivesMatter was founded in 2013 in response to the acquittal of Trayvon Martin’s murderer. Black Lives Matter Foundation, Inc is a global organization in the US, UK, and Canada, whose mission is to eradicate white supremacy and build local power to intervene in violence inflicted on Black communities by the state and vigilantes."

Please consider picking up one of these bundles today. 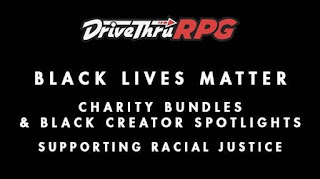 The folks at OneBookShelf have set up three new bundles of PDF products to support different charities working to fight COVID-19.  All the proceeds from these bundles go to the specified charities.

EPOCH: The Experiment Continues is included in the bundle supporting Doctors Without Borders.  This bundle has a usual sale price of $653 but it's yours for a $20 donation.

"Doctors Without Borders/Médecins Sans Frontières (MSF) is an international medical humanitarian organization created by doctors and journalists in France in 1971.

Today, MSF provides independent, impartial assistance to those most in need in more than 60 countries."

Please consider picking up one of these bundles today.
No comments:

The Coronavirus presents a significant public health challenge, and thanks to your support we've been able to make a donation to UNICEF to help them in their good work.

Imaginary Empire published three products to support children in need.  White Wedding, by Andrew Millar, Silent Night by Morgan Davie and Polaris Six by Dale Elvy have all racked up a modest sum of pay-what-you-want-donations over the years.

I'm pleased to say that today US$90 was donated from the royalties of these products to support the UNICEF Coronavirus Children's Appeal.  According to UNICEF: 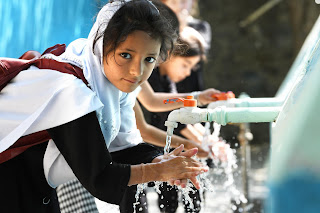 "Over 80 per cent of the world's children are out of school due to enforced closures and are missing out on an education. It is critical that access to learning, health, nutrition and protection services for children is not affected.

UNICEF is working to protect some of the most vulnerable communities in the world. In the Rohingya refugee camps in Bangladesh, we are ensuring children have access to safe water and sanitation to prevent a catastrophic outbreak. And, we're supporting healthcare systems already on the brink of devastation in Syria and Yemen to prepare for this public health emergency."

Thank you for your generosity.
No comments:

Imaginary Empire is new to itch, but managed to pull together Soaring Lions for the Pro Wrestling Game Slam 2K20 with just an hour to spare. If you like your wrestling game mechanics fast and simple, and your character stories dramatic and over-the-top, give this a look. 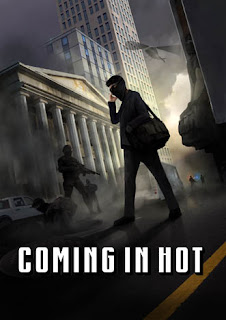 Will you get away with the perfect crime, or have to put the pedal to the metal in a high-speed pursuit?  Will you go all-in for the team, or plan a brutal betrayal to claim a greater share of the prize for yourself?

Coming in Hot is a brand new character-driven game from the company that brought you the award-winning Death of Legends and Wicked Lies & Alibis, and the multi-ENnie award nominated horror game EPOCH.

This single session game is a perfect low preparation option both for those who enjoy creative collaboration and shared story telling, while also providing clear playing-card based mechanics for task and scene resolution, to ensure that those who prefer that, can participate equally.  Give it a try today.
No comments:

With a new year, and a new decade just begun, it seems like a good time to announce two new games soon to be published: 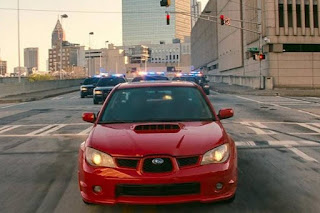 Coming in Hot is a fast-paced, single session, story game about forming a crew, and pulling off an audacious robbery.  The game is currently being tested, art commissioned and the text finalised.

Instruments of the Chrysanthemum Throne will support a multi-session play in mythic Japan, where the characters contend with Tuskumogami, sentient objects that possess remarkable magical powers.  The text is finalised and the first editing pass has been completed.

All going well, both games will be published in the first half on 2020.  Further updates will be posted here in due course.