Death of Legends is a dark-fantasy role-playing game that tells the story of epic deeds against great odds. Each player takes the role of a legendary hero, forges their path to greatness, then determines the fate of the Free Territories in a climactic struggle against a relentless, malevolent, Enemy. 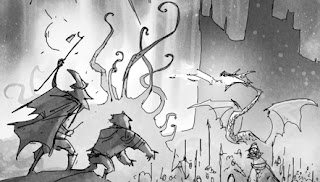 A complete game, intended to be completed within a single-session of play, Death of Legends uses simple dice mechanics to allow players to construct a rich backstory for their characters, charting their path to legendary status.

As the last war rages players narrate scenes detailing the great battles, influencing the outcome though the heroism of their characters, and tracking the progress of the war on a bespoke fantasy map.


In the Legends darkest hour a weapon of great power is found capable of destroying the Enemy, and the characters must decide which of their number can be trusted to resist the Lure of the Enemy.
Products

Death of Legends is available for free from DriveThruRPG.

You can also take the fight against the Enemy to the frozen, magic-infused First Kingdoms, which presents a new map, new character archetypes and new cards to expand the game.


You can also get a free French translation of Death of Legends (by Gulix) from DriveThruRPG.

Death of Legends was awarded an Indie Groundbreaker Award for Best Rules and was second runner up for the Indie RPG Award for Best Free Game of 2015. 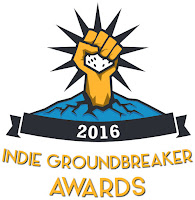 
PDF resources for your games of Death of Legends.